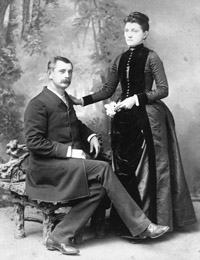 Mary Black Memorial Hospital was founded in 1925 in Spartanburg, South Carolina. The founders, Dr. Hugh Ratchford Black and his two sons, Dr. Sam Orr Black, Sr. and Dr. Hugh Snoddy Black, named it in honor of their wife and mother, Mary Louisa Snoddy Black. The Mary Black Foundation was founded in 1986 to support the hospital, which was a nonprofit hospital. In 1996, the hospital was sold to Quorum Health Group, Inc. (a for-profit company) for $62 million. At this time, the Mary Black Foundation legally separated its association with the Mary Black Memorial Hospital and reconfigured its charitable mission with the $62 million as its corpus. In 1997, the Foundation announced its first initiatives:

The Garrisons’ Healthy Families Initiative (1997-2002), named by the Trustees in appreciation for T.R. and Alma Garrison’s generous bequest, challenged nonprofits to address the root causes of poor health by focusing on prenatal and childhood strategies, while including the entire family unit.